At the gym this morning I saw several women wearing "pussy ear" headphones: 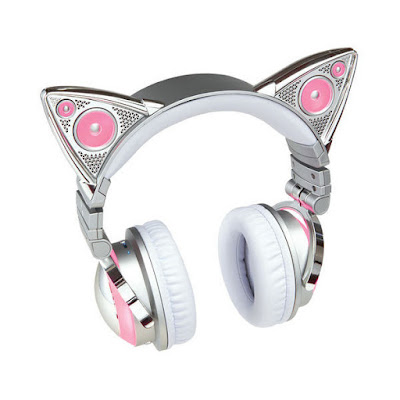 They made me think of the following Bible passage:

And I beheld another beast coming up out of the earth; and he had two horns like a lamb, and he spake as a dragon.
And he exerciseth all the power of the first beast before him, and causeth the earth and them which dwell therein to worship the first beast, whose deadly wound was healed.

Granted, this movement does not yet display all the characteristics of the so-called "False Prophet", but it does bear watching.
Posted by Saint Howard (a.k.a. Howard the Great) at 11:30 AM

Some Sites of Interest

For a broad perspective of US history - past, present, and future - please read my novella "No More Patriots", which is available in the Kindle Store @ http://www.amazon.com/No-More-Patriots-Howard-Uhal-ebook/dp/B00X2SU5Q6/
Thanks !!!

Saint Howard (a.k.a. Howard the Great)
Apollo promised me the gift of prophecy, but when I rejected his advances he condemned me to the fate of Cassandra.